Microsoft Inspire is Microsoft’s biggest partner event, where partners and Microsoft employees from around the globe meet to connect, learn, and collaborate.  During four days, Microsoft took the time – together with 15.000 partners from all over the world – to discuss their strategy.  This implies a lot of information on strategy, products, services and innovation.

Team Inimco was there, and made a summary of the announcements which are important for our customers.

The first two topics often relate to home usage, and are less important for us (which doesn’t mean we don’t appreciate a good old gaming evening of course).   The core business of Inimco is closely linked to the last three topics, where Microsoft announced the following innovations :

Microsoft is also bringing their three clouds (Azure, O365 and Dynamics) more closely together to ensure that all services can be integrated.

During an impressive demo, Microsoft showed off an Azure SQL Database Hyperscale with a massive amount of data. The demo involved feeding simulated data from a million vehicles into the relational database in the cloud to return operational insights across the entire fleet.  Needless to say that this proves that Microsoft Azure is a perfectly scalable solution for our solutions.

The philosophy of Microsoft is clearly that they want to make Azure an open platform.  Whether your application runs on Linux or on Windows technology, whether it uses Microsoft SQL server or another database technology…Azure should be capable to cope with that.

The renewed focus on development is also visible in a long list of new features and enhancements within Visual Studio and Azure DevOps.  We were particularly impressed by Azure Playfab, a backend platform for live games.    Don’t worry, we won’t turn Inimco into a game development company, but the whole idea of sending a lot of information (= events, sensor information) to a central platform , but also providing feedback to the users (=edge devices, in our projects) is a very interesting architecture.

Security was of course a common theme in many of the presentations.  An important announcement was Microsoft Azure Sentinel, which is a cloud-native SIEM (Security information and event management) that provides intelligent security analytics for your entire enterprise at cloud scale. Simply put, Azure Sentinel tries to detect malicious behavior and will stop it before any harm is done.

Microsoft revealed impressive figures with respect to Teams usage, including over 13 million daily active users and 19 million weekly active users. It’s been evident during the last year that Teams gets a lot of funding and muscle from inside Microsoft, and it shows strongly with adoption rates and customer usage.

Microsoft Inspire was once again an inspiring event (hence the name, I guess 🙂 ). If you couldn’t make it to Las Vegas but still want to learn more on the announcements and evolutions with respect to IoT and smart solutions, don’t hesitate to get in touch with us! Going to Las Vegas is not easy, but it’s the kind of sacrifice we make for our customers 🙂 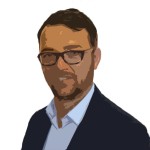